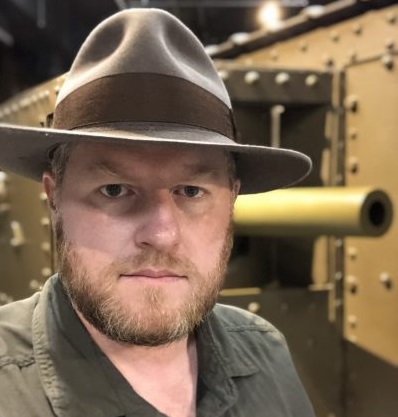 Michael is a science fiction and horror novelist from Monmouthshire, situated right on the border between England and Wales, and has a substantial background in both advanced computing and ancient history, with an emphasis on artificial intelligence, machine learning and Greek military history. Michael started writing back in 2010 and since then has published more than fifty novels, with more being released every few months.
His best-selling space opera Star Crusades series has sold in excess of a million copies, and has expanded into multiple new spin-off series including Star Crusader, Black Widows, Mercenaries and many more. This growing saga continues to draw in new fans every month as the Star Crusades universe itself expands. Star Legions is a pseudo historical tale but with a strong science-fiction twist and combines Michael’s expertise in artificial intelligence and machine learning with his life-ling interest in ancient history. As well as a writing science fiction, Michael also writes horror and action fiction, including the popular Zombie Dawn trilogy, co-written with his brother, Nick S. Thomas.

Michael’s academic background is as varied as his writing and he has a first degree in Computing and advanced degrees in Classical Studies and Machine Learning & Adaptive Computing. He has studied in Newport, Bristol and Bath and is also a qualified secondary school teacher in the field of Information Technology. In recent years he has undertaken substantial research in the fields of artificial intelligence as well as Greek and Byzantine military history.